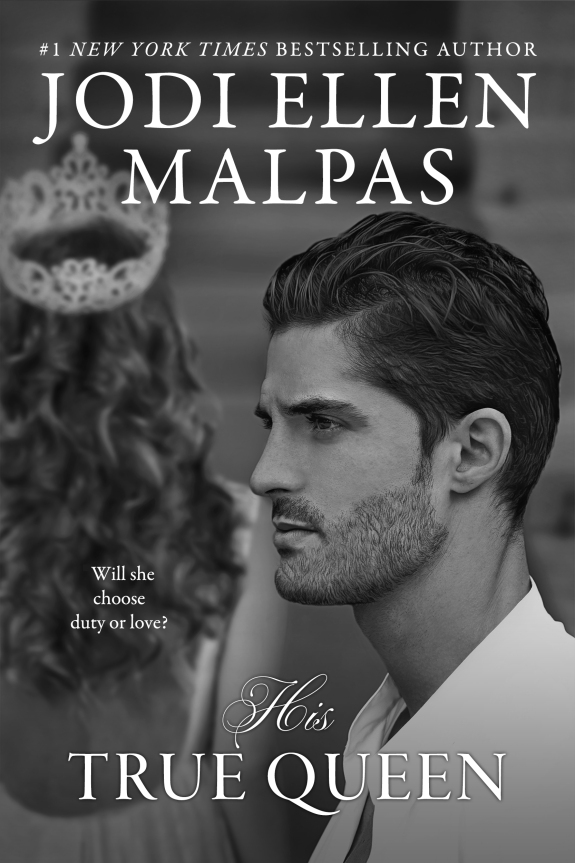 A love affair that is sure to rock the British Monarchy…and the world.

Their love affair began intensely and passionately. Princess Adeline and Josh Jameson knew any future together was impossible—her status as a princess and his standing as a Hollywood heartthrob dictated that. But the heights of pleasure they could take each other to were wildly unanticipated by them both.

Josh’s absolute disregard for Adeline’s status quickly drew her into his hedonistic world. And her perfectly worn mask and false façade captivated Josh to the point of obsession.

But a cruel turn of events rips their worlds apart and Adeline is more bound than ever by the protocol and expectations her title commands. The army of royal advisors who guard the secrets and scandals of the Monarchy will go to unthinkable lengths to keep the smoke and mirrors in place…and Josh away from Adeline. She knows the power she possesses comes with agonizing sacrifices. Walking away from Josh devastates her…but it keeps him safe from the corrupt institution that has ruled her life.

Yet Josh refuses to lose the woman who has consumed him so completely, distorted his boundaries, and stripped him of all sensibility.

Will the power of the British Monarchy triumph? Or will Adeline and Josh’s fierce love for each other change the course of history?

“You’re lying to me.” Josh shouts. “You’re lying to yourself. You’re lying to every single person in this fuckin’ world.” He stomps forward, and I blindly stumble back, catching my foot on a stray branch. I lose my footing and fall to my arse in a pile of dry leaves.

I don’t yelp because it doesn’t hurt—I’m numb to everything except Josh—but I do curse to high heaven, further cementing Josh’s claim that I have a vulgar mouth. “God damn it.” With my palms splattered on the muddy ground behind me, my knees bent, I look up at the man looming over me. “This is all your fault.”

“I take full responsibility,” He says. “For everything.”

“Your fall. My feelings.” Josh offers his hand, but I ignore it, getting myself to my feet and brushing myself down of dry leaves. “For your feelings,” he finishes softly.

My hands falter midway down my jodhpurs. “I do not have any feelings,” I grate, ignoring the unrelenting…feelings. The warmth, the disappearance of my woes, the heady sensations of want manifesting within me. Me. Him. The potent cocktail of chemistry we create, just being in each other’s presence. The woodland surrounding us is drenched in it. The atmosphere is thick.

I glance up when a few moments have passed, silent moments, and meet his eyes. The amber swirl of desire sparkles madly. My heart kicks. He licks his lips, and I follow the path of his tongue from one corner of his mouth to the other. “Stop,” I whisper, to who I don’t know. Him? Me?

My hands come up to my head, my fingertips pushing into my temples, as if I’m trying to force every reason why this can’t happen to the front of my mind. I look for my father’s words, but I find other words instead.

But…I fell so madly in love with a man, and now I am being forced to disregard that. Can I? Should I?

I swivel on my boots and run. I can’t trust my head to talk reason, can’t promise I’ll even listen to my reason if I find it, so I’m depending on my legs to take me away as quickly as they can.

“No thumbs down,” he growls, snatching my wrist and yanking me to a stop, spinning me to face him. My face is grabbed with one brutal hand, and his mouth is quickly on mine. He’s gone low, way below the belt, and worse still, we both know it will work. My universe seems to align, positive and negative working together, our lips glued by an invisible, highly powerful force. Then I feel his tongue sweep through my mouth and explosions of the most calming kind erupt in my soul. My keen hands find his hair and force him closer, our kiss crazed and messy, but so utterly calming and immaculate. I let him guide my backward steps, I let him spin me away from him, and I let him thrust me up against a tree trunk.

The scratchiness of the bark on my forehead doesn’t faze me. I’m too blindsided by the reminder of what we share. Hips pushed into my arse, his wet mouth by my cheek, Josh holds me tightly. Possessively. Like he owns me. And I don’t care. He’s the only thing in this world I don’t mind controlling me.

He reaches to my hips and slowly draws my jodhpurs over my backside. His lazy approach could be mistaken for giving me time to deny him. It’s not. He’s merely prolonging my agony. I want him so badly, and he knows it. His hand on my arse. His mouth all over me.

Bringing my arms up to the tree, I rest my head on them to lessen the risk of grazing my head when he strikes me.

As is always the way when Josh tans my backside, I don’t cry out in pain, but rather moan my way through it, being carried to another world. A world where I am not me, but just his. And then his fingers are between my thighs and he’s massaging me gently, my flesh wet and ready for him. “Some things don’t change,” he whispers, biting at my cheek, circling his fingers, plunging them deeply, scissoring my swollen clitoris. “Thank God. Tell me you’ve missed me, Adeline.”

“I’ve missed you,” I say on demand, my pleasure making it more of a labored whisper than a sure proclamation, as my pulse races and my desire for him multiplies unstoppably. I start to roll my head, my knees becoming weak. And when I reach the pinnacle of pleasure, I feel like every shitty thing in this world pours from my body with my climax, my whole being relaxed for the first time in weeks. I’ve needed this so much. Needed him.

Jodi Ellen Malpas wrote her debut series, The This Man Trilogy, in secret, worried about what people might think if they knew what her imagination was capable of. She was shocked herself. But she finally found the courage to unleash her creative streak and self-published THIS MAN – the first book of the This Man Trilogy – in October 2012. She took a chance on the story with a hero who soon became one of modern day fictions most prolific alpha male characters. Jesse Ward – also affectionately known as The Lord of The Manor, sparked incredible reactions from women across the globe and catapulted Jodi into the world of women’s fiction.

Jodi went on to self-publish the second book in the trilogy, Beneath This Man in Jan 2013, just before Grand Central Publishing, part of the Hachette Book Group, picked up the popular trilogy and the unknown Jodi. The third book of the trilogy, This Man Confessed, took Jodi to the top of the bestsellers lists, earning her the proud title of #1 New York Times Bestselling Author. This Man has since been voted one of the top romance novels of all time.

With so much love, enthusiasm and a thirst for her words from her readers, Jodi suddenly wasn’t afraid of her imagination anymore. She went on to write The One Night Trilogy with the delectable and mysterious Miller Hart, and stole the hearts of her readers once again. Her first stand-alone novel, THE PROTECTOR, released in September 2016 and has since been nominated for a Reviewers’ Choice Best Book Award. Jodi’s next stand-alone novel. THE FORBIDDEN, is set for release in August 2017.

All seven of her published novels have hit the New York Times best sellers list – as well as the Sunday Times list and various international best seller lists. Her work is now published in over 24 languages across the world.

Jodi was born and raised in the Midlands town of Northampton, England, where she lives with her two boys and a beagle. She is a self-professed daydreamer, a mojito addict, is famous for her obsession with Converse, and has a terrible weak spot for Alpha Males. Writing powerful love stories and creating addictive characters has become her passion – a passion she now shares with her devoted readers.

His True Queen by Jodi Ellen Malpas is the final book in the Smoke & Mirrors duet and I absolutely loved it! It picks up right where we left on and took us for one wild ride! I devoured this story!

Adeline, a Princess with so many responsibilities and expectations, and Josh Jameson, a Hollywood heartthrob, living as he pleases. Now they have found themselves in a situation neither expected. Adeline is now fulfilling her duties, but Josh is not ready to let her go. They have steamy and undeniable chemistry, but where does recent events leave them?

I loved His True Queen by Jodi Ellen Malpas. Adeline and Josh were great characters. I loved their story so much. It was full of surprises at every turn and I was captivated from beginning to end. Would love win in the end? So worth finding out by reading the Smoke & Mirrors duet!